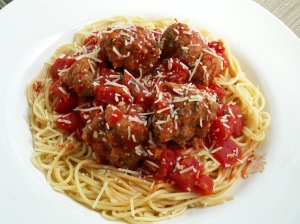 I’ve been out of pocket, computer-wise for the past several days as I decided to convert our last Windows XP PC to Windows 7. Moving all that data just takes time.

But why on earth would I go through the effort of converting a PC to Windows 7, when Windows 8 is just days away from release? Well, I tried Windows 8 RTM (Release to Market) version on an extra PC we had lying around. And I have to say I hated it. The “Metro” interface adds zero value, in my opinion, to a desktop working environment. Plus, the latest version of Office 2013 can’t talk to an Exchange 2003 server. Now, I know Exchange 2003 is getting a little long in the tooth. But it works just fine for my needs, and lots of businesses, I suspect.

Anyway, my XP PC was getting bogged down, so I upped its RAM to 8 GB only to find that I needed Windows 7 to be able to read RAM in excess of 3 GB. That was the impetus to take the plunge. So I ran the upgrade adviser  and checked to ensure my chipset could support 64 bit and purchased Windows 7 Professional, 64 bit. Before the install, I also ran a full disk image backup of my XP PC’s C Drive to give me a path back in the event of some unanticipated problem. My experience with Windows 7 has been good. But this install gave me some headaches. The biggest was that the install disk kept freezing up at the “starting windows” installation screen. Bad media? Tried another Windows 7 install disk. Nope, same problem. Wireless mouse? Tried a USB mouse. No. Unplug extra monitor. Unplug all peripherals, No, and no.

I managed to get past it. What was the issue? The RAM. I ripped out 6 GB of the 8 I had installed and it installed perfectly with the remaining 2 GB of RAM. Once I had Windows 7 up and running and up to date, I shut it down and added the 6 GB back, and my PC was happy as it could be. Weird, I know.

So in between, racking my feeble mind to resolve upgrade conundrums, backing up media, downloading updates, hunting down license keys, elusive Intel drivers, re-installing software and restoring data files, I dutifully kept up with my Round 6 routines.

Of note, I did particularly well with X2 Core on Sunday. This, I know is because my balance and stability have certainly improved over the past several months. But I felt particularly “energized” throughout. I attribute this to the giant bowl of pasta I ate for dinner the night before.

Also of note: despite a good foam rolling session yesterday prior to my singles tennis match, I experienced my first loss of the season (3-6, 5-7) against a very competent opponent. I gave him lots of spins and angles, and misery. I almost broke his spirit in the second, but failed to convert and ad-out opportunity on his serve to me from 6 games to 5. Had I gotten that one point and the break, and then won the tiebreak, I think it would have been mine to lose. Despite long, oxygen-sucking points, I still had more legs for a third set.

Woulda, coulda, shoulda. It was a good match, my best this season.