Posted on February 6, 2014 by Albert Bodamer 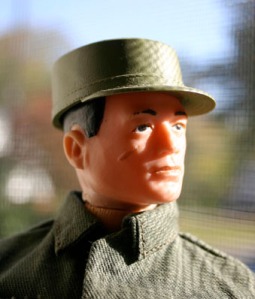 I laughed out loud at one of Tony Horton’s jokes today. After the 30 minute workout, during the cool down sequence, we’re instructed to get into plank position. Then Tony says: “30 push ups.” He quickly says he’s joking, but for some reason, I just found this very funny.

This routine is called the Warrior because, we’re told, it’s similar to the workout Tony does when he’s visiting with our military personnel around the world. So I thought it would be very engaging to try out what our armed forces are asked to do.

What did I think? I enjoyed it. It didn’t kill me, but it was challenging. It’s just your body vs. gravity. No weights. One of the main complaints I’ve read so far from P90X/Insanity fitness gods is that this P90X3 is too easy. I don’t know. Maybe it’s because I haven’t done upper body work for nearly a year (due to tennis elbow), but I’m achy as hell, particularly in the chest, shoulders and arms.  Even my legs are feeling it a bit and I just completed a round of Insanity. Plus, if it’s not challenging, then why not just squat deeper, jump higher and move faster?

This entry was posted in P90X3, Round 10 and tagged P90X3, The Warrior. Bookmark the permalink.