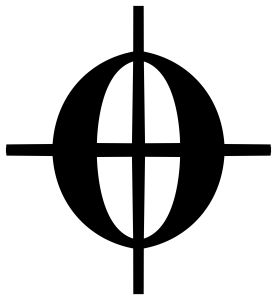 It’s been over two months since my last post.

Well, back in June, I injured my left knee playing tennis. Since then, I had been refraining from tennis though I was able to continue walking and hiking and backpacking without any issues. But after my return from Austria, the knee started getting worse.

So I started shifting days around in my hybrid routine, avoiding legs and plyometric exercises. I also started doing much more yoga and rehab work. This was all resulting in extremely gradual improvement. Enough so that I signed up for singles tennis for the fall season.

Well, my first match went three sets. And I won the match, but lost the battle because for the entire week afterwards I was limping around with a very unhappy knee. Ultimately, even doubles tennis play needed to stop. And my 111 day hybrid routine? Well, after 80 days of selective routines, I eventually ran out of exercises that didn’t involve the legs, so I stopped that too. Honestly, just not doing anything (even yoga) seemed to help calm things down with the knee.

I met with my ortho guy. My x-rays were, of course, great. And he (like me) suspects tendinitis. So now I’m on Feldine for a month. Three days in and it’s a noticeable improvement. These tendon issues are so damn frustrating as I age, because it’s such a slow process. But, mentally, it’s good to feel that things are now moving in the right direction after having been stuck with a compromised knee for so many months.

I was enjoying that hybrid and will likely restart it in the future. I liked the variety.

Last week, to give myself a random goal, I opted to do the 100 push ups regimen. It’s a multi-week journey that is designed to build the doer up to being able to successfully execute 100 consecutive push ups. During my initial fit test, I knocked off 30. This allowed me to begin in the third week of the program. I did week 4, Day 1 yesterday. Damn, that last set is just exhausting and it brought me to failure.

On alternate days, I’m swinging a light kettlebell for some mild cardio and movement. Oh and yoga as well when the kettlebell seems like too much.

This entry was posted in P90X2. Bookmark the permalink.